Islamic Terrorist In Texas: Not According To Janey Naps

Islamic Terrorist In Texas: Not According To Janey Naps


Lets say 5 Neo- Nazis are caught doing the same thing and with the same materials in a van. What would Homeland Security say? Why do we allow the federal authorities to pussyfoot around with these terrorist?

Five men in their twenties, described as French-Moroccan Muslims, are being questioned by the FBI Joint Terrorism Task Force and by officials of the Department of Homeland Security after they were arrested inside the 120 year old Bexar County Courthouse in downtown San Antonio shortly before 2 this morning, 1200 WOAI news reports.

Officials say three of the men crawled through a window to get into the 120 year old Courthouse, which is a landmark in downtown San Antonio, and theother two were found in a van parked in front of the building.

Inside the van, officials say they found “photographs of infrastructure” including photos of shopping malls, water systems, courthouses and other public buildings which they say were taken in cities nationwide.
Posted by J D 3 at 9:47 AM No comments:

Community Activist - Modesto Airport District - Robert Stanford: Justice For Kari Abbey: Truthseekers commented on Saturday, Sep 03, 2011 at 21:09 PM "(Elias) was pummeled," Harris told the judge. "If you break the law and don...
Posted by J D 3 at 7:15 AM No comments:

Perry bills feds $349 million for illegal immigrants - Washington Times
Perry has been criticized by some fellow conservatives as being too lenient on illegal immigration issues. Unlike fellow GOP presidential hopeful Rep. Michele Bachmann, Perry does not think the U.S. should build a wall spanning the entire Mexican border. Perry also has supported discounted tuition rates for the children of illegal immigrants at Texas universities, and he has said Arizona’s tough-on-immigration law wouldn’t be right for Texas

Play this game while watching your next television program. Begin by viewing T.V. commercials from a wholly different perspective than from what you’ve been accustomed to.

Pay close attention to the assigned characters in T.V. commercials who supposedly represent a fair cross-section of the population in your average western country. Notice how almost every T.V. commercial must have their token Black character incongruously inserted into play-acting roles that hardly imitate real life images. (One can extrapolate this subject line to include T.V. shows, Hollywood movies and print advertisement, etc.) It should be noted that Blacks represent about 12.5% of the total U.S. population, and only a mere 2% of Canada’s population, and one-half of those latter Black residents are foreign-born.

Local media in New Hampshire is censoring the fact that these alleged GANG RAPISTS may be African "refugees". Large numbers of “refugees” from Africa have been resettled in the American cities largely at taxpayer expense. Currently the Obama administration is giving grants to churches and charities to bring Africans to the USA. Often these people are brought from the most violent and dangerous parts of Africa. They also come from areas with some … Read More

Farm workers march through town, rally for change
"Farm workers work harder than every other group in the nation and state?" Pretty arrogant statement there, and simply not true. If you don't like your job's pay or working conditions, then find another job.

by theconservativehillbilly
I guess since Emerson is a cancer on any candidate or cause in Modesto, and Stanislaus county, and Carmen Sabatino is trying to get elected the Modesto City Council, they had to start burying all the lies, innuendos, racial and bigoted bile they and produced.
Here is a quote from a person who has been inside the over fed belly of these two beast:
“Yeah – they are doing some sort of overhaul I guess – you know Carmen is now running in the third – the Prescotts are going to settle and now that is whole another story – they are creeps.”
Carmen Running Turd! Must be his Indian name.
RIP 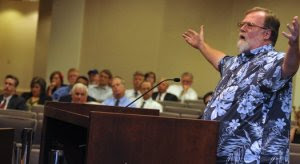 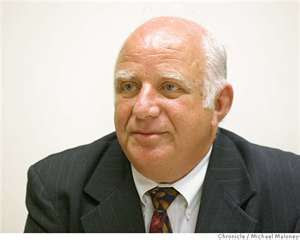 We have the ability to be energy suffcient, but there are dark forces in our government that do not want this.
http://fuelfix.com/blog/2011/08/24/usgs-boosts-amount-of-marcellus-gas-reserves/

A new assessment of the Marcellus Shale says the Northeastern U.S. formation may contain 84 trillion cubic feet of undiscovered, recoverable natural gas, far more than believed less than a decade ago.

FROM WELFARE STATE TO NANNY STATE


WHAT WAS SO GREAT ABOUT LBJ’S GREAT SOCIETY AGAIN? (via The Rat’s Right)

http://mikesright.wordpress.com/2011/08/25/what-was-so-great-about-lbjs-great-society-again/
FROM WELFARE STATE TO NANNY STATE: A CLASS SYSTEM OF TAXPAYERS AND TAX CONSUMERS “The welfare state has done to black Americans what slavery could not have done, the harshest Jim Crow laws and racism could not have done; namely, break up the black family. That is, today, just slightly over 30 percent of black kids live in two-parent families. Historically, from the 1870s to the 1940s – depending on the city – 75 to 90 percent of black kids lived … Read More

via The Rat's Right